Here you can find out all kinds of best baby products. Get products now!

In different ages, child development may vary. This variation may be due to internal or external factors. Child development adheres to a specific design, and which is related to anthropometrics measurement. Details are discussed below. The fast growth of a healthy, normal and nourished child is in the first year of his life. Physical enhancement and performance of the child generally depends on the following factors-

The physical growth, development and efficiency of the baby depends on some of the following:

Methods of measuring the normal physical growth of the child:

Weight
Almost all babies lose weight in three or four days of birth and get the weight back within 7 to 10 days. In the first three months, there are about 25 to 30 grams per day. After that, the speed of growth decreased a bit. Usually, the weight of five months is almost twice the weight of the child and it is three times in one year. However, weight gain does not increase at the rate of children underweight. 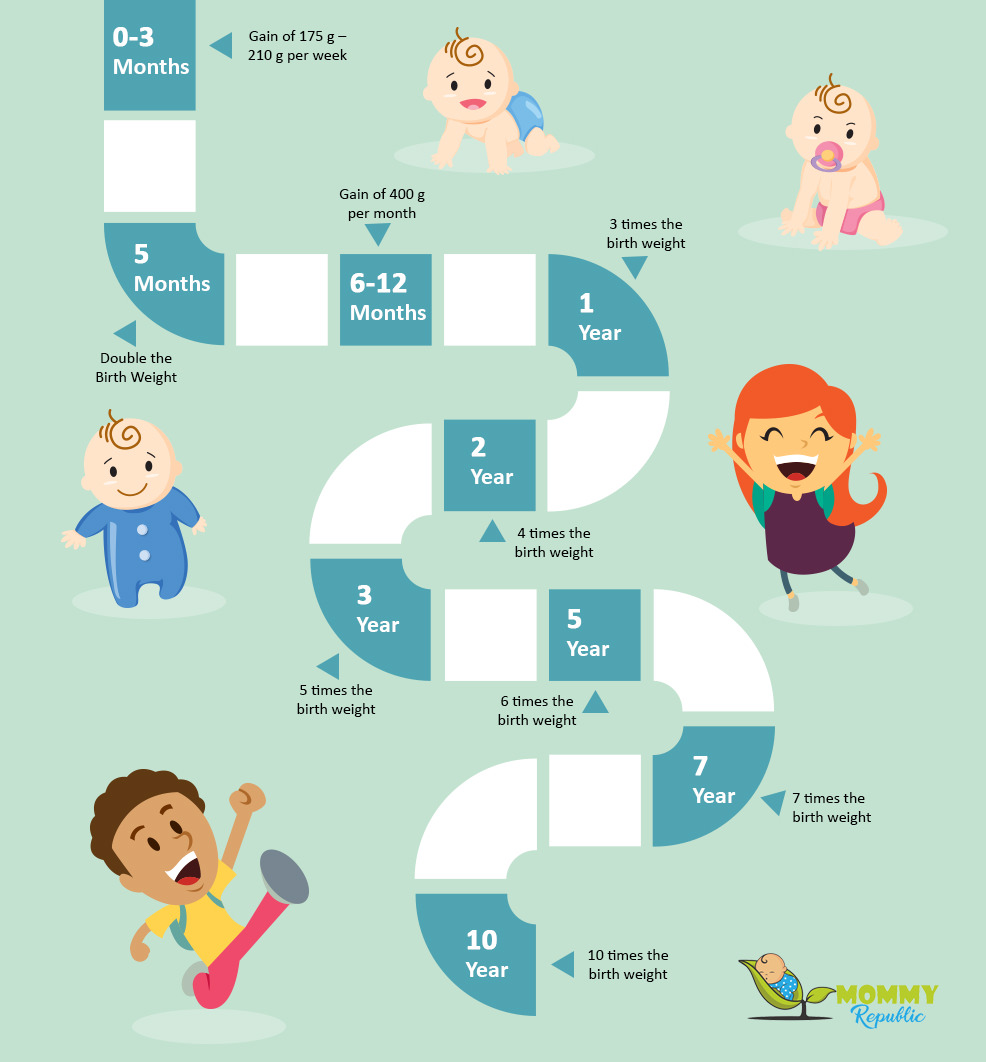 Weighing less than five months before the weight of the child weighs less and their weight increases four times in a year. But this rate does not increase after one year.

The weight of the baby depends on its height. So it is important to determine whether the child’s weight is normal. According to the height, the baby’s weight may be less or more. If weighing less then we will understand the causes of malnutrition or diarrhea.

Height
Height is another measure of child growth. The height of newborn baby is usually 50 cm (20 “). In the first year, its height increases 25 cm 12 cm in the second year. Third, fourth and fifth year respectively increases a height of 9cm, 7cm and 6cm respectively.

If the height is low by age, then it is pointing to low growth. But malnutrition is not directly responsible for the low height of weight. In the past, continuous malnutrition can have an impact on the height of the child. Therefore it is important to record regular height.

The child develops in a few stages-

Recent scientific studies have shown that the growth and development of the brain is most rapidly in the mother’s womb – about eighty percent of the population. And the remaining 20 percent increase – up to the first few years of life. Combining all of the above things, you can understand if your baby’s growth is normal. However, it should be noted that this standard of physical and mental development is not fixed. So do not worry about the child and give them time and take care of them.

We try to give you the best one.
Find out more!
© Copyright 2018 BabyAero.com - All Rights Reserved.